verb – 1. (with reference to a computer system) boot or be booted again; 2. restart or revive (a process or sequence, especially a series of films or television programs); give fresh impetus to.

noun – 1. an act or instance of booting a computer system again; 2. something, especially a series of films or television programs, that has been restarted or revived. 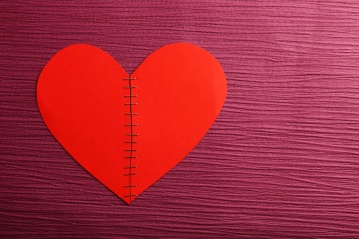 Earlier this year, I took my first step into publishing. With a contemporary romantic novella, Stacia Underwood launched onto the scene. She subsequently released another novella and two related shorter works for Valentine’s Day. If you haven’t guessed by now, I am Stacia Underwood, or rather, that was my additional pen name for romance.

About a month later, a huge life event happened for me that changed my trajectory. I went in for a screening mammogram. Routine. Not supposed to be anything abnormal. Since I’m adopted and have no medical history beyond my own, my doctor recommended I get screened early. After more diagnostic mammograms and an ultrasound, they found a mass.

Now I’m going to break my rules as a writer and fast forward to the end. I’m one of the lucky ones who found out that everything was benign. So I’m fine now, but all of this comes after a biopsy and a surgery. Also, a lot of waiting and a serious amount of fear. Fear really is an enemy. It paralyzes you, and for almost 3 months, I lived with a tremendous amount of it.

Once I got the all-clear, I realized that I needed to simplify my life. Put everything in one place. Trust that my readers would understand that I can write multiple types of romance, and be able to pick for themselves what they wanted to read. But most importantly, I wanted one place for everyone to gather to get updates, cover reveals, upcoming events, and community.

So—I’m Stacia Underwood (please read that as if I’m saying “I’m Batman), but “she” is going to be retired after such a short life. I guess I am rebooting everything as Jaye Ripley. But that’s not the big REBOOT news.

I’m also rebooting the original Rock & Rodeo Romance series. Instead of a shorter novella, the first book, Sweet Melody, has been rewritten as a full standalone romance. It’s now in the hands of my editor, but it will be released in July 2015!

Two other R&R Romance books will be released this year, so lots of exciting goodies will be coming up that I’m so happy to be able to share with you. Sign up for the NEWSLETTER by clicking HERE!